Cookie preferences
This website uses cookies, which are necessary for the technical operation of the website and are always set. Other cookies, which increase the comfort when using this website, are used for direct advertising or to facilitate interaction with other websites and social networks, are only set with your consent.
Configuration
Technically required
These cookies are necessary for the basic functions of the shop.
Allow all cookies
CSRF token
Cookie preferences
Currency change
Customer recognition
Customer-specific caching
Decline all cookies
Individual prices
Selected shop
Session
Comfort functions
These cookies are used to make the shopping experience even more appealing, for example for the recognition of the visitor.
Note
Statistics & Tracking
Affiliate program
Track device being used
Categories
Information 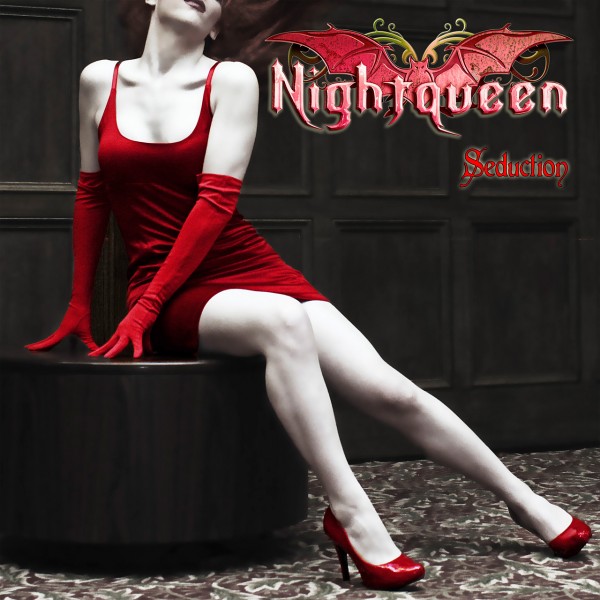 It all started in 2004 when Rex Zeco started the band pure as a hobby. Years later, end 2010 Nightqueen released their first demo and was instantly picked up by Massacre Records who released their first album “For Queen and Metal“, early 2012. In 2014 the band signed a new deal with the Belgian label Wildgame and released their 2nd album “rEvolution “ the same year. It was then, Rex Zeco realised the band could do even more to improve their music and so he changed the line-up rather drastically. Paddy Lee on bass, Andy Herman on drums and Gio Zuccari on keyboards, joined the band. Followed by Hellen Heart. And finally Cosi Matrigiani
who plays the guitar together with Rex. So now you can say that Nightqueen finally found their ultimate line-up. The band got back in the studio to record their 3th album, called “Seduction“.
Production and mixing is done by Rex and Christian Moos (e.g. Delain, Luca Turilli's Rhapsody) from the Spacelab Studios in Germany. It will be released on the 7th of June 2019 via El Puerto Records / Soulfood from Germany. Live offers Nightqueen an energetic show that is in no way inferior to the album!
Hear the difference.

Exclusively in the El Puerto Records Shop:
Each pre-order is delivered signed - while stocks last!