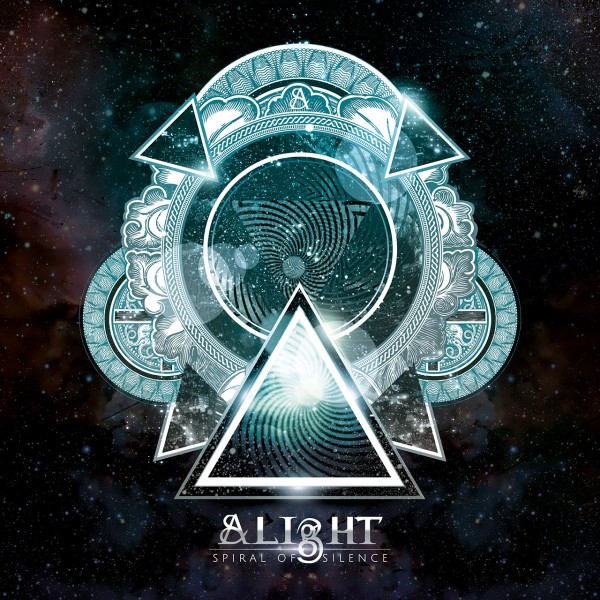 ALIGHT with their second album "Spiral Of Silence" at El Puerto Records
"We have expanded our musical horizons once again and, thanks to the many technical possibilities, also refined our sound," sums up drummer and bandleader Mirko Montresor.
The band already put a lot of effort into the pre-production, which was handled by Waldemar Sorychta (MOONSPELL, TIAMAT, SAMAEL a.o.), who helped the band to improve the composition and arrangements. The ten jewels got finally recorded and mixed by Marco Barusso (LACUNA COIL a.o.), and masted by Marco D'Agostino (LACUNA COIL a.o.). Once again, ALIGHT are proud to annouce another prominent guest, which is Andrea Ferro of their fellow-countryman LACUNA COIL, who can be heared in "The Shame". On top of this, some string parts were recorded by Giovanni Lanfranchi (CAYNE), adding an organic feeling towards the record.
For their first single "The Portal" the four members of ALIGHT produced an impressing video clip, along with well known Patric Ullaeus (IN FLAMES, DIMMU BORGIR a.o.). "It was an incredible experience, a dream come true! We wanted to focus on the band playing "live" while giving some hints about the lyrics. The opening scene (intro) and the final scene was shot in red square in Moscow, the rest of the video was shot in Gothenburg", reveals the drummer. The lyrics were inspired by Elisabeth Noelle-Neumann, "stating that individual fear of fear of isolation might lead to silence rather than voicing opinions. The lyrics describe the inner struggle for identity, to face your inner self, to not hide but to choose between right and easy."