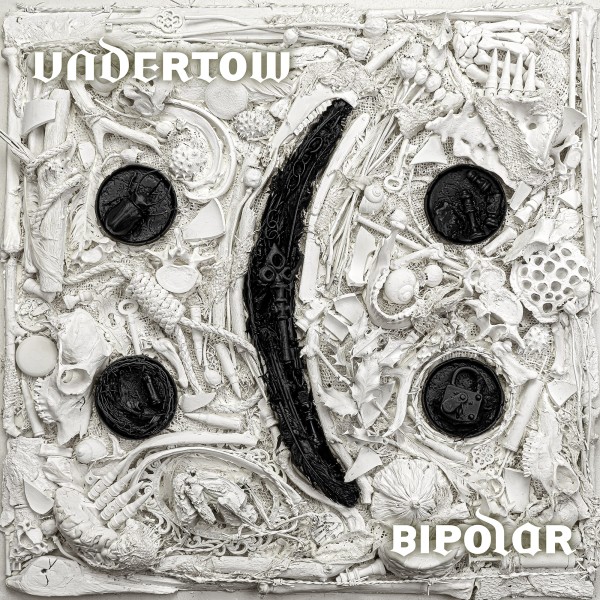 The well-known SLAM magazine once called UNDERTOW the "best whatsoever Metal band on the planet".
And the new longplayer "BIPOLAR" proves this to 100%. “BIPOLAR” can easily be called the best “whatsoever” metal album from UNDERTOW yet, sometimes heavy, sometimes doomy, sometimes melancholic, UNDERTOW can't be pigeonholed even after almost 30 years of band history. And the band always delivers the goods. 100% Undertow = 100% quality.
The album was mixed by Michelle Darkness (End Of Green) in the Darkland Studios, the impressive Cover was once again created by Björn Gooßes | Killustrations. And both did an incredible job by giving the album an outstanding and exceptional cover artwork and layout and an exceptional, mega-powerful sound!
The meanwhile ninth album "BIPOLAR" again shows the full spectrum of the quartet and comes up with nine new songs - and all songs on “BIPOLAR” have what it takes to become new UNDERTOW anthems.As if the band wanted to say "Listen to UNDERTOW! To which songs? Well, simply to every single song on “BIPOLAR”!“
Be prepared for something special – be prepared for the best “whatsoever” metal album of the year!