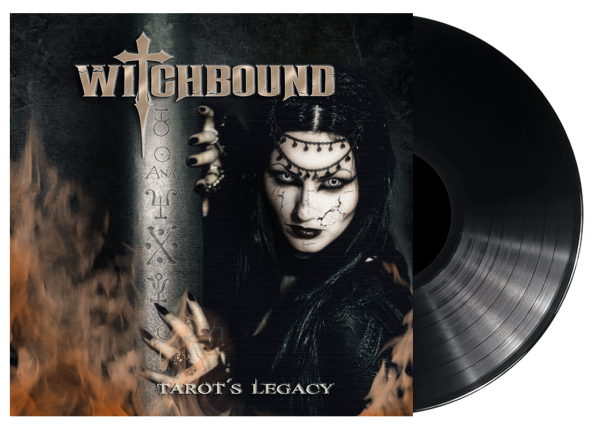 Lee Tarot (Harald Spengler, R.I.P.) former mastermind and founding member of black romantic & melodic metallers Stormwitch, is telling his last story. A story about dark ages, full of kings and knights, the grail, holy wars, magic, witches and fire.
After his death in the year 2013, his longtime companions, Stefan Kauffmann, Ronny Gleisberg, Peter Langer and Martin Winkler (all ex Stormwitch), complemented by another longtime friend, Thorsten Lichtner (ex Brainstorm, ONE – The Rock Show), decided to finish his opus and to continue the project that was started together some years ago. The closer the protagonists came to finishing the album the more it turned out that this project has to be a real band. WITCHBOUND was born.
This album contains songs and lyrics, which were mainly written or co-written by Lee Tarot and reveals his musical heritage – perhaps even his lifework.
The songs on WITCHBOUND - Tarot's Legacy clearly and impressively show why albums like Walpurgis Night, Tales Of Terror, Stronger Than Heaven and The Beauty And The Beast still have such a great impact and gained cult status among the metal szene worldwide.