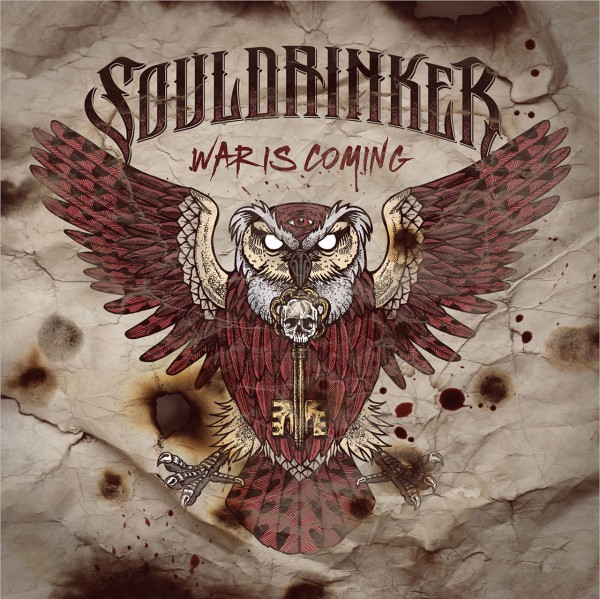 Expect the unexpected …
When Markus Pohl (Mystic Prophecy) and rock-voice Iris Boanta formed Souldrinker in Spring 2013, they created a thrilling mix of massive riffs, heavy-handed grooves and the powerful voice of exceptional singer Iris.
Real metal and big melodies - that is Souldrinker!!! Always brutal and unrelenting but with the fine edge of big melodies and great hooklines.
After almost one hundred concerts all over Europe, sharing the stage with Bands like Morbid Angel, Delain, Powerwolf and Brainstorm, a tour with Serenity and Visions of Atlantis and two self-released EP's it's time for more Souldrinker music.
On November, 3rd, 2017 the first full-length album 'War is coming' will be released through El Puerto Records. Recorded and mixed by Tom Müller at the Flatliner Studios / Ingolstadt and mastered by soundwizard Eike Freese at the Chamäleon-Studios / Hamburg.
The riff-driven power of the band and the harsh but melodic vocals of Iris Boanta combine to produce an unique brand of modern metal, which unites technical finesse and a melodic approach with heavy riffs, a big groove, keen dynamics and great melodies.
… a massive sound landscape of beauty & violence!