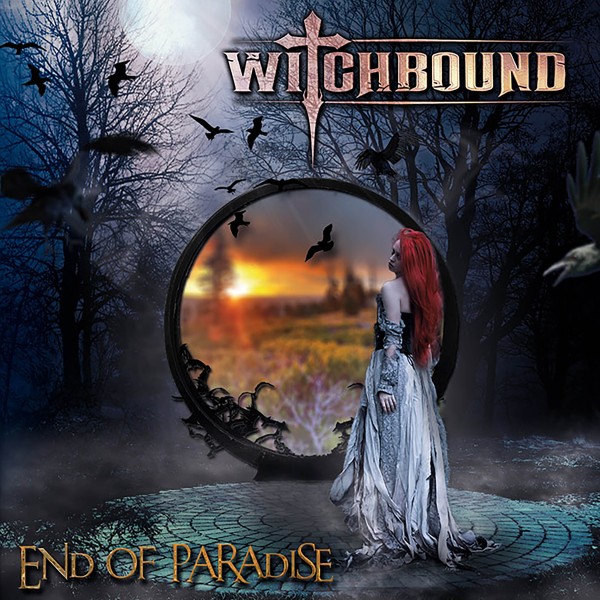 The long wait is over: WITCHBOUND presents the long-awaited successor to "Tarot’s Legacy"
Like the debut album, the second album "End Of Paradise" will be released on this year's Walpurgis Night - as usual with witches!
The songwriting for the 15 new songs was in the hands of Stefan Kauffmann and the now sadly deceased Martin Winkler, Achim Köhler was responsible for the finishing touches to the mix and the artwork was again relied on by Manfred Smietana.
When STORMWITCH founders Harald Spengler, Stefan Kauffmann and Peter Langer got together in 2015 to rock out again in the style of their musical roots, nobody could have guessed which path this band would go. After the unexpected and tragic death of Harald Spengler alias Lee Tarot, the decision was made to publish his musical legacy as "TAROT'S LEGACY" in 2015. The album not only delighted the old STORMWITCH fans. The old fire was back! At the same time it was clear to every musician that they wanted to find their own musical path. In 2021 the time has come: with "END OF PARADISE" the long-awaited successor will be released. Stefan Kauffmann and Peter Langer have created an extremely versatile album with four other colleagues! Characterized by Stefan Kauffmann's unmistakable feeling for great melodies, Natalie Pereira dos Santos and Tobias Schwenk are now using two vocal parts that make the sound diversified into the modern. With guitarist Julian Steiner and Frank Bittermann on bass, they also rely on great live experience.

"END OF PARADISE" will definitely surprise and step out of the shadows of the past without forgetting the roots of the band.